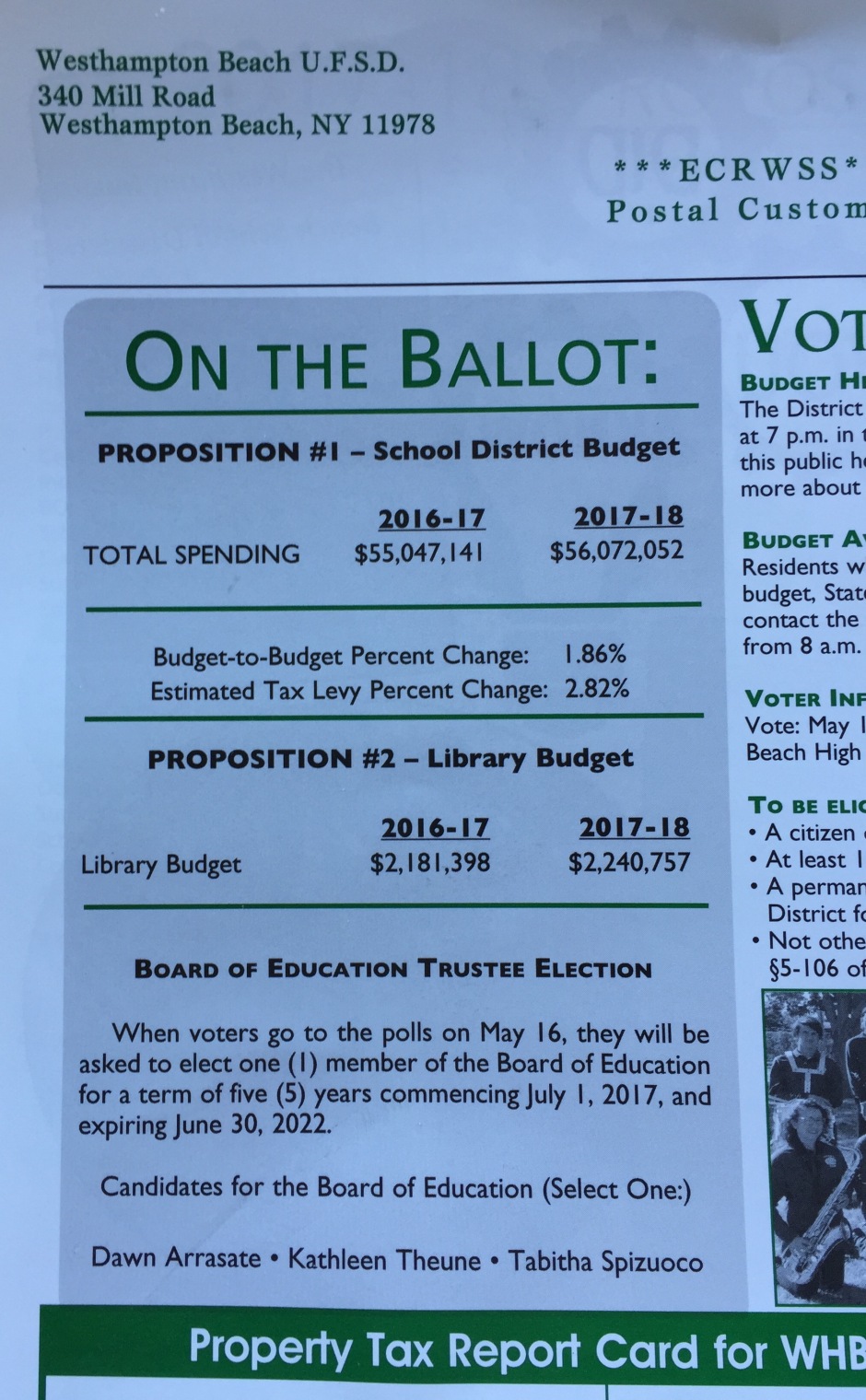 It’s great to see democracy alive and well at the Westhampton Beach School District!  Lawn signs are sprinkled about town as three candidates vie for one open Board of Education spot.

Guess what?  There is still an open trustee vacancy at our Westhampton Free Library, since November 2016. At least three eligible taxpayers have submitted “trustee applications,” but the six SELF-APPOINTED trustees don’t want them in the private club.

The self-appointed library trustees—Tom Moore, Susan Rosenberg, Barbara Matros, Robert Santucci, Mary Anne Yutes and Mitchell Schechter—are collecting over $3 million in taxes for the library’s annual operating budget (the $2.2 figure above does not include the revenue collected from the contract districts)—on top of the already $4 MILLION IN CASH sitting in the bank accounts.

I do not agree with taxation without representation. I believe the attic expansion and first floor re-design—on our BRAND NEW BUILDING— should go out for a community vote. I also believe the employees should come before the building and if the budget is voted down we taxpayers know there is plenty of money to keep them all employed and for the union to negotiate an objectively fair living wage.

Present library trustees are free to run for election and elections can be phased in, one or two trustees per year, to allow for board continuity.  Plenty of other association libraries have done just this, some decades ago.

Notice in the photo above—“Board of Education Trustee Elections” but no “Library Trustee Elections” though we taxpayers are voting on both budgets. I will be voting no to the library budget increase to send a message that I do not agree with taxation without representation.  It is wrong. If the board decides to start laying off employees, I hope our community will rally in support of those employees. It’s unfortunate that 6 self-appointed individuals put us in this no-win difficult spot.

Wednesday, August 16 at 7 pm at the Westhampton Free Library